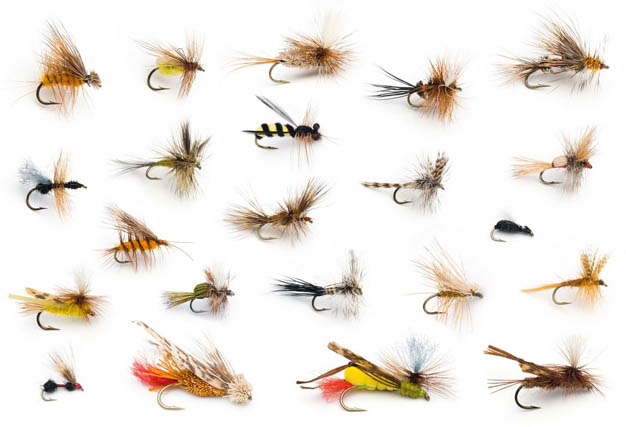 Artificial flies mimic these species of aquatic and terrestrial insects, which are a typical food ingredient of fish. This applies not only to the mature stage of insects – imagine, but also their individual developmental stages living in water. Depending on the course of the development process, two groups of insects are distinguished.

In completely transformed insects, the development proceeds from the egg through the larva and pupa to the imago in this way, that the individual stages do not externally resemble an imag (Butterflies, cookies).

In insects with incomplete metamorphosis, the egg hatches a larva with basic features similar to the imaga (it has eyes as well as the germs of wings), which is called a nymph. Even in some species the nymph is under development 3-4 the summer grows gradually and transforms itself at each new stage, becoming more and more like the imag. The penultimate stage of transformation in mayflies is subimago, in which the insect leaves the water and on the surface (on grass, in the branches of trees, on the emerged rocks) transforms for the last time – w imago. Semi-perfect insects (subimago) they are almost completely perfect, but the delicate film which still covers them causes, that they are more matte. Artificial flies, which represent the subimaga stage are collectively referred to as dun, while the flies representing an imago, light in color, is called a spinner.

Artificial flies should imitate as closely as possible some of the developmental stages of specific insects. Their usefulness in fishing is based on the principle of faithful similarity.

Fish feed on all stages of insects, which they capture at the bottom, right above him (larvae or nymphs, pupae), in water or just below the surface and on it (insects – imago during hatching or during copulation).

The above dependencies are the division of artificial flies into two basic groups (related to the methods of fishing):

– dry flies to catch on the surface;

Both basic groups can be made wingless or with wings. Wingless flies (Hackles) can imitate:

(English names are given to facilitate orientation when shopping).

One thought on “Sztuczne muchy”