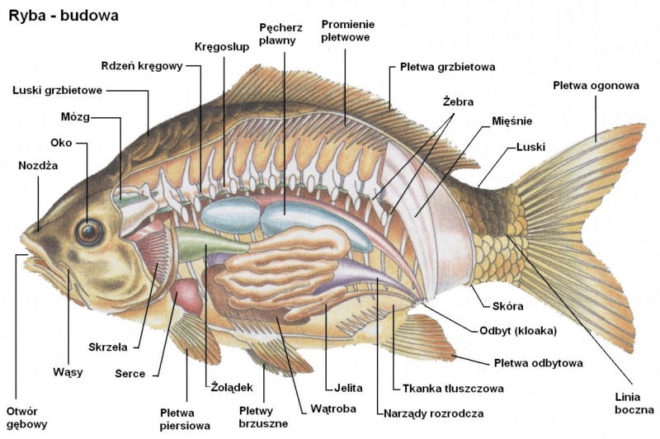 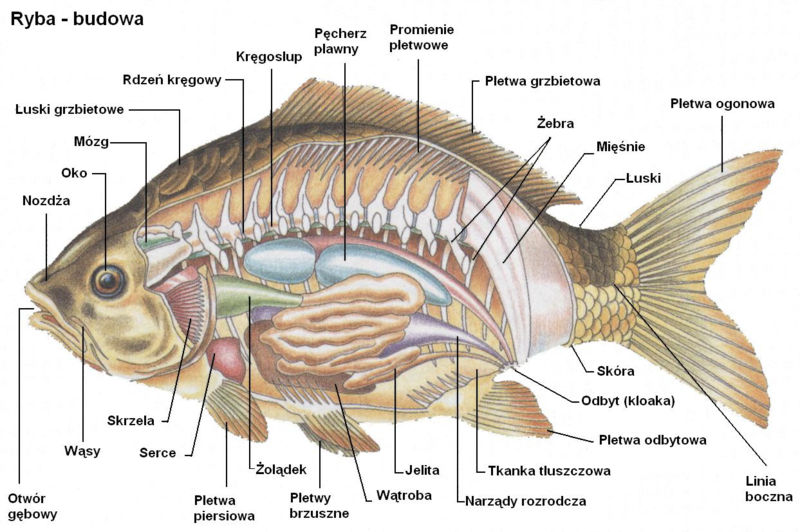 In biological systematics, fish are classified as vertebrates. From the point of view of evolution, they are among the oldest vertebrates - they began to develop in the Silurian and Devonian (paleozoik). However, it was not until the Mesozoic era that the first osseous fish appeared, and still later, in the Tertiary, the ancestors of today's fish were formed.

Fish are the most numerous group within vertebrates; for example, there are approx 70 their species. In total, approx 20 000 different species, most of which are marine fish.

The life cycle of fish – as aquatic organisms – runs in water. This environment is significantly different from the terrestrial environment (m. in. this, that the water is up 770 times heavier than air) and places much greater demands on animals (in water, e.g.. harder to move around, breathing is more complicated). Living in these conditions enables the fish to have both body structure and individual organs, and the specific course of biological processes. The body of a fish is built like this, that it puts up as little resistance to the water as possible and that the fish use as little energy as possible when they move. It consists of a head, trunk and tail, one part flowing smoothly into the other. The outgrowths on the body of the fish can meet the requirements of the environment – flippers – built and placed like this, that they not only do not interfere with movement in the water, but make it easy. Most fish have a fusiform or arrow-shaped body (e.g.. all salmonids, pike, fast, chub). The body of the fish, as a rule, begins with a pointed head, it then gradually becomes the broadest torso, usually in front of the dorsal fin. Towards the tail, the body of the fish tapers to form a caudal body in front of the caudal fin (it can be of different lengths). Some fish – e.g.. eel, peeker, burbot – they are serpentine in shape.

Overall you can say, that the conformation of the body of fish depends on the environment, in which they live. Therefore, we distinguish two groups:

Representatives of one group differ from representatives of the other primarily in body structure. There are also slight differences between species included in one group. Otherwise, e.g.. there are fish that live mostly in the bottom zone, otherwise, fish living in free water space, and in other words, those constantly at the surface of the water. The appearance of deep-sea fish also differs from that of shallow zones.