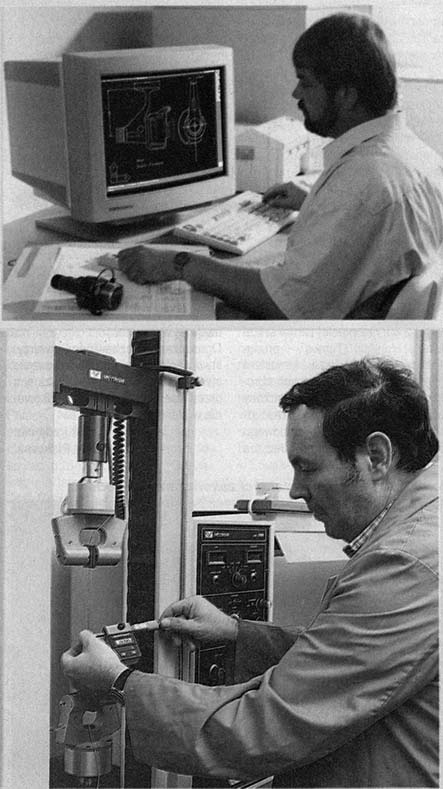 Just like last year, also this season the German company D.A.M. in agreement with Design Fishing, it issued an invitation to the owners of the country's largest stores and wholesalers. Both companies shared tasks related to the organization of the trip. Participated in the meeting 26 traders, Design Fishing owners and employees as well as press representatives.

Fishing is planned together in the three-day program, visiting the headquarters of D.A.M. in Gunzenhausen and a working meeting, including the presentation of the offer for the upcoming season as well as a discussion on current problems regarding the fishing equipment market.

On the first day of our stay in Gunzenhausen, we could devote most of our time to fishing. Two waters belonging to the D.A.M. company are at our disposal. We split into two groups, one of which started fishing in trout water and the other in the oxbow lake abundant in pike and perch. Morning trout fishing had great results - virtually everyone had a decent sized stream, record holders had after 7-8 fish, the largest of which exceeded a kilogram. It also turned out, that there is no shortage of grayling in the river, among the caught, the largest was almost 50 cm. The pike anglers did not complain about the results either, being able to boast of many beautiful copies, with the biggest one, almost five kilograms. During the tour of the company, design and construction offices were presented to us for the first time. Currently D.A.M. is one of the exceptions among European companies, because all designs of new models of reels and rods are created on the spot, in Germany. A prototype is also built there, later tested under various conditions. All projects are made using computers specially designed for this purpose, and professional simulation software allows you to avoid many errors at an early stage of creating a rod or reel. Only after this stage, the order is received by manufacturers from the Far East. After the first was released, trial series, it goes to Europe and undergoes further tests. Then, after removing any minor faults, mass production starts. So the whole technical thought is purely German and the services of Far Eastern producers are used only because of cheap labor., allowing you to significantly reduce costs, and thus also prices. The situation is somewhat different in the field of fishing lines, which are both produced and packaged in Germany. Perhaps this is why the leading position of D.A.M. on the European market in this area is still not endangered. Besides, the double quality control system is strictly adhered to – for the first time at a manufacturer from Far East and for the second time after the equipment has arrived in Gunzenhausen, where each copy is unpacked and carefully checked. While visiting the company's premises, our attention was drawn to the service - fully professional and with spare parts for all types of reels and rods. On the shelves, you could find even vintage Quicks (even from the 60's), whose Service Cards contained the dates of the last repairs from September this year. D.A.M.'s commercial offer. for the upcoming season, presented at the meeting on the last day of the visit, could impress with a wide range of novelties, especially in the group of basic equipment, i.e. rods and reels. Four completely new models of Ouick reels attracted particular attention – four-bearing: VSi, RSi, three-bearing SEL and two-bearing RS, which due to extremely favorable prices should soon become market hits. The company also released brand new rods from the Hy-pron series, They are more adapted to the requirements of Polish anglers and differ from those currently sold with thinner blanks and lighter weight, while maintaining the same strength. The Senso Power rod series has been developed in a similar way, well-known on the Polish market. In the showroom, we were also shown several types of newly developed competition rods. Among the smaller accessories, the Spezi-Line ECO line may be the hit of the season.

At the end of the visit, a wonderful surprise was prepared for us. All participants received as a gift a rod and a reel from a limited series (only 2000 copy) launched on the occasion of the 120th anniversary of D.A.M. Each copy had its own number and the owner's name engraved.

At the gala dinner at the end of the stay in Gunzenhausen, the management of D.A.M. and the owners of Design Fishing have declared their willingness to organize a similar trip also next year.